5 Tips to Stop Comparing Yourself to Other People

5 Tips to Stop Comparing Yourself to Other People 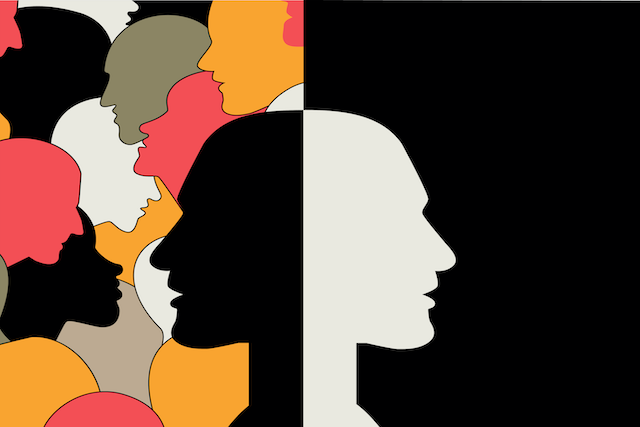 “No matter what you do, someone won’t be pleased. Someone will think your choices are wrong. And someone will tell you what you should do instead. No matter which path you take, someone will seem to be doing better. Someone will have more than you. And someone else’s life may look more impressive on paper. If you’re being true to yourself, none of that will matter because you’ll have something more satisfying than approval and the illusion of “success”: a life that feels right for you, based on your own wants, needs, values, and priorities.” ~Lori Deschene

Have you ever walked past a grand-looking house, or driven through an upmarket neighborhood and thought, “I wish I lived here” or “The people living here are so lucky”?

If you have, then we’ve been part of the same club! I used to do this a lot.

While walking my dog, I’d look at a house and assume that the people living in that house must have been very happy with life. My assumptions were based on nothing more than the look of the front yard and the frontage of the house.

When I think about it now as I write this post, I wonder, “How could I have been that naive?” Despite being aware of the expression “never judge a book by its cover,” that’s exactly what I used to do. How can one ever guess what lies behind the grand entrance of a home? Who knows what stories the plush homes of exclusive neighborhoods hold inside them?

My regular bouts of comparisonitis got jolted by a sobering dose of reality through a shocking and tragic news story some years ago.

One of the homes that I used to admire became the location of a horrific murder-suicide that wiped out an entire family! I could not believe my ears and eyes as I read the news and watched the coverage on television.

My mind was thinking, in all its naivety, “How is that possible? What could have gone wrong for residents of that beautiful home? They had everything anyone could ever want, didn’t they?”

Do I Know You?

Have you heard the expression “human beings are like onions”? We have so many layers that hide our core self. As you peel away one layer, another appears!

It is extremely difficult to know another person deep down to their core. How often have you found yourself wondering about the unexpected or puzzling behavior of someone you thought you knew well?

The reality is that each one of us is unique, and it can often take a whole lifetime for us to understand our own selves. So, is it any wonder that we never manage to truly understand another person?

Yet, we compare! We do it day in and day out, without even being aware of how easily and how often we slip into comparison mode.

Humans are naturally prone to comparisons because this phenomenon begins quite early in our lives.

As young kids, we might have experienced the feeling of being compared to other children—by parents, teachers, relatives, friends, peers, etc. As we grow into adults, we start comparing ourselves to other adults. Sometimes the comparisons might be in a favorable light, and at other times, the comparisons could be unfavorable. Either way, it leads to feelings that are unhealthy—a sense of superiority or inferiority.

Feelings of arrogance or bitterness are never healthy, are they?

Whether your comparison results in thoughts of “Oh, I’m so much better than this guy!” or “How does she do it? I’ll never be as good as her!”, there’s little doubt that “the thief of joy,” as coined perfectly by Roosevelt, has taken residence in your head and is busy ransacking your mind of all joy, happiness, and contentment.

Why is it so difficult to avoid falling victim to the tendency of constant comparison?

Psychologist Leon Festinger proposed in his social comparison theory that the human species engages in comparison as a way of evaluating ourselves, like a benchmarking process. We get to know more about our own abilities, attitudes, or skills by comparing ourselves to our peers.

Festinger’s theory contends that human beings can only define themselves in relation to other people. I wonder if that’s why the age-old existential question “Who am I?” seems so difficult to answer, as we seem to be incapable of defining ourselves independent of others.

As mentioned earlier, social comparison can work in two ways.

This is when we compare ourselves to those who we believe are better than us. This type of comparison can lead to two kinds of thoughts, emotions, or outcomes.

The first kind is where we might want to improve ourselves to reach the level of the person that we are comparing ourselves to, or even go past them. This is one possible benefit of comparison if we’re prepared to learn, as it could lead to personal growth.

If comparison can be seen in this positive light, then “the thief of joy” might be entitled to a change of title and live inside us as “the giver of motivation.”

The second and more common outcome of upward social comparison is envy, jealousy, and bitterness—obviously an undesirable outcome that can only lead to disappointment and frustration.

This happens when we compare ourselves to people who we believe are worse off than us. This is like an “artificial boost to self-esteem” exercise. The “at least I’m not as bad as him/her” attitude might help us feel better about our talents, achievements, or life situation, even if only temporarily.

Social comparison begins early in life (for instance, a child in a kindergarten wanting the same toy that another kid has in his hands), gains momentum through school (new fads, fashions, and gadgets that kids want to follow or possess), and becomes deep-rooted in adulthood through comparisons in career, family, wealth, status, and lifestyle.

This tendency to compare completes a full circle when the phenomenon moves on to adults comparing their children on how well they’re doing in academics, sports, or any other activity.

Here are five simple ideas to get better at saying NO to the disease of comparisonitis:

1. Define what success means to you.

If we nailed down our own definition of success, the number of times that we indulged in comparisons would be significantly reduced. For instance, if our success definition were about raising healthy, happy kids, we wouldn’t really be bothered about someone else’s thriving business, would we?

2. Discover your own strengths.

Becoming aware of our strengths will help in minimizing the tendency of comparing our weaknesses with other people’s strengths. The great physicist Albert Einstein failed his French exams. Fortunately, he didn’t let that failure define him, as he was aware that his strengths lay elsewhere!

3. Think of the big picture.

Whenever you find yourself slipping into comparison mode (which will inevitably happen… we are human after all!), just remind yourself that there’s always more to a person’s life than what you’re seeing or hearing.

Don’t let a peek through a small window into someone’s life lead to disillusionment or disappointment with your entire life. In other words, don’t compare your whole movie with another person’s highlights reel!

Develop the “continuous learning” philosophy. If you always think of yourself as a student with lots more to learn in life, it becomes easier to think in terms of collaboration, not competition, with peers. If you think of yourself as an artist who is still painting his/her masterpiece, you might not be tempted to feel inferior when you view other people’s paintings because your job’s not done yet!

When comparisonitis strikes, take up a small project that you can complete in a relatively short time, and do well. It could be something that you might’ve been putting off for a while.

For example, let’s say you’ve started a new online business and you start to feel unsatisfied about the lack of progress. Maybe you’re looking at peers in your industry who are at a similar stage of the business cycle but seem to be gaining a lot more traction.

Instead of letting this get you down, how about you focus on something small—like writing a blog or doing a podcast? Doing that specific task well could help lift your spirits.

Have you seen pieces of driftwood floating in a river? They come together at some point due to the action of the waves, might stay together for a little distance, and at some point down the river, the force of the waves separates them and they go their own ways.

People come into our lives and go out of our lives at different stages of our life’s journey.

Take a little trip down memory lane by rewinding your life some fifteen to twenty years. Think of someone that you always compared yourself with back then. It has to be someone that you’ve lost all contact with for many years. You also haven’t heard about them from anyone.

Do you have any idea what they’re doing now? In fact, let’s go one step further—do you know if they’re still alive? Chances are your answer is “I don’t know.”

So, my friend, in the long run, do comparisons really matter?

Shiv Kumar is an online career and personal development coach based in New Zealand. With a background of thirty-five years at various levels in the corporate world, his mission is to help people like his former self break through mid-career blues and find satisfaction and fulfillment in their careers and lives. His coaching is available to people living in any part of the world. His website is www.thinklifecoaching.co.nz.

The post 5 Tips to Stop Comparing Yourself to Other People appeared first on Tiny Buddha.

Small Indiscretions Can Create Big Issues Between Lovers
HumanKind: A Feel-Good Book That Can Lift Your Spirits & Change the World

Busy Mind Keeping You Up?…

Busy Mind Keeping You Up?…

Scared of Losing People You…

Why I Stopped Measuring My…

How I Recognized My Fear…

Are You Highly Emotionally Reactive?…
CLICK FOR A FREE SESSION